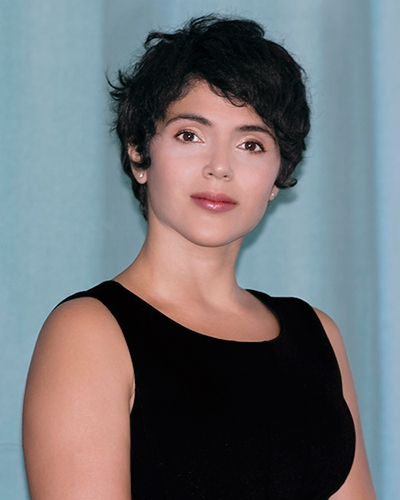 When seven year-old Adriana started to learn her first notes on piano everyone around her listened attentively. It was evident from that early age, that the Cuban born soprano, had an unsurpassed talent for music.

From those early days of learning pieces by the great composers and gaining a deep appreciation for music, Adriana has waded a long path of successful studies and performances which have refined her talent and have led her to a successful career as a Soprano.

In her native Cuba, Adriana completed her studies in Voice and Choral Conducting at the Cuban Conservatory of Music “Esteban Salas”. A few years later, In 2003, she won the French Song Contest which was held in Havana. This award provided her with the opportunity to perform on several stages throughout Paris.

Notably, Adriana has studied under renowned teachers like Carl Høgset, Teresa Paz and Electo Silva. She has also recieved numerous awards and is currently developing her skills as classical singer at Florida International University where she has been a soloist in several performances.