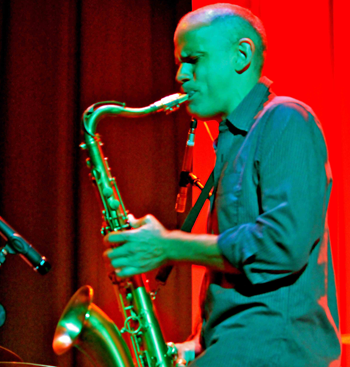 Pablo started his musical career in Merida, Venezuela. In the late 80’s he moved to Caracas and in 1991 he was granted a scholarship to continue his musical studies in Paris (France), receiving various awards such as the gold medal in saxophone at the Conservatoire National De Paris (1995) and the first prize for saxophone in Paris (1995). In 1998 he moved to the United States where continued his studies with musicians such as Ron Carter, Bruce Barth, Steve Slagle and Rich Perry, and obtained the degree of Master of arts in Jazz Performance from City College of the City University of New York.

Pablo has taught at the CIM, Centre d’Informations Musicales in Paris and at City College of New York. He was tenured professor at UNEARTE, Universidad Nacional Experimental de las Artes from 2004 to 2010. He was also a professor at Universidad de Los Andes during 2014-2016, Creator of the Jazz Performance program at Universidad de Los Andes 2014-2016 and Director of the Simon Bolivar Big Band at the Merida, Venezuela, nucleus of the Sistema Nacional de Orquestas (National Orchestra System). Pablo is currently a Fellow in the Frost School of music in the University of Miami. He has ample experience teaching private lessons in saxophone, piano and jazz improvisation.