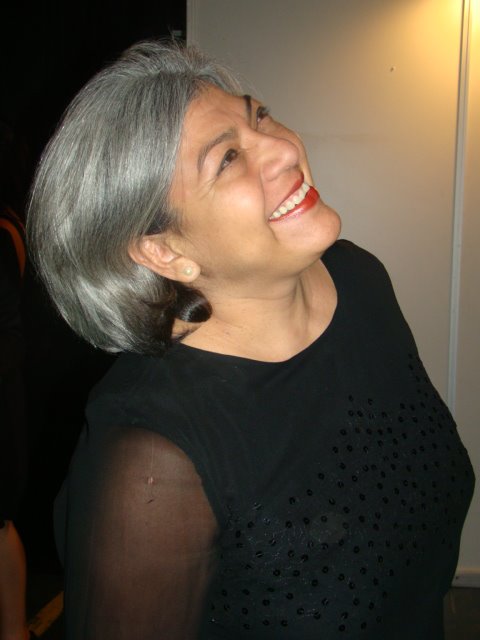 [/accordion_toggle]
[accordion_toggle title=”Education”]
Maibel Troia began her musical studies at the age of 10 at the Juan Manuel Olivares School of Music, where she obtained the title of Performing Professor of Piano, in 1984. She studied Choral Conducting at the “Simón Bolívar” Conservatory of Music, continuing her studies at the University Institute of Music Studies (IUDEM), attaining the title of Bachelor of Music in Mention Choral Direction (1995) and Direction OrquestUSBMencion.pdfal. She obtained a Master’s in Music from Simón Bolívar University (USB), the first graduate in Choral Direction, in 2000, under the tutelage of Alberto Grau and María Guinand, obtaining publication mention for her thesis which was a Critical Analysis of seven symphonic choral pieces and methodological proposals for the choral tests. She also studies for a Master’s in Music in USB, and obtains a Mention Orchestral Direction (2004), under the tutelage of Maestro Alfredo Rugeles. She has trained in direction, composition, arrangements and interpretation with international masters Roberto Saccente, Elsa Lakschevitz, Carlos Alberto Pinto Fonseca, Royce Saltzman, Luigi Agustoni, Johannes Berchmans Göschl, Vic Nees, Ismael Fernandez de la Cuesta, Liliana Cangiano, Robert Sund, Werner Pfaff, Wolfgang Trömmer and Helmuth Rilling, among others. Parallel to her musical education, in more recent years (2012-2014), she holds a Master’s in Public Management from the Institute of Advanced Management Studies (IESA).

Her training as a choir performer also begins at an early age, at the Children’s Choir -directed by Master Modesta Bor-, and then at the Juvenile Choir- under the responsibility of Maestro Alberto Grau-, of the Juan Manuel Olivares School of Music. She is founder of the choir of the Cantoría Alberto Grau at the moment in which she becomes a group of female voices, since previously she was of mixed voices. And in this choral group led by Maestra María Guinand which has been running for 20 years. For a year she joined the Chamber Group of the Schola Cantorum Foundation of Caracas, led by Maestro Alberto Grau, as well as the International Choir of the Internationale Bachakademie Stuttgart, whose choral director for 1995 was the Master Eberhard Freidrich, with the General Director Master Helmuth Rilling.

Her teaching work includes being a professor at the Simón Bolívar University Orfeón (2001-2003), founding Director and the person responsible for the design of the “Voces Andinas a Coro, VAC” project of the Andean Development Corporation (CAF), FESNOJIV and the Schola Foundation Cantorum de Venezuela (2002-2010), Director of the Teresa Carreño Theater Opera Choir (2003), Founding Director of the National Youth Symphonic Chorus of Venezuela, in 2005, Academic Director of the Center for Social Action for Music (2012-2013) , professor of the Academic Training Program for Orchestral Teachers and Directors (2012-2013).

Assistant Director of the Cantoría Alberto Grau (1991-2001) and the Simón Bolívar University Orfeón (1991-1997), Director of the Capella UCAB (1994-2001), Co-director of the Simón Bolívar University Choir with Professor María Guinand (1997 -2003), with whom she participates in the First Choral Olympiads in Linz 2000, Austria, obtaining three gold medals in the Chamber Choir competitions, Popular music with instrumental accompaniment and Contemporary Music. Assistant of the World Youth Choir directed by Anton Armstrong (USA) and Felipe Izcaray (Venezuela) and participant in the most important National and International choir festivals and meetings.
Director of the National System of Singing Children, of the National Youth Symphonic Chorus of Venezuela and General Coordinator of the Sinfónico-Corales assemblies belonging to the State Foundation for the National System of Youth and Children’s Orchestras and Choirs of Venezuela, FESNOJIV. Director of the Movistar Choirs (2004-2008) and CADAFE (2000-2010), among others, and Executive Member of the Musical Youth of Venezuela. Executive member of the National Academies of Gregorian Chant and Bach of Venezuela (1994-2006).