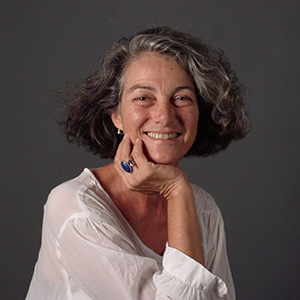 [/custom_frame_left]
[dropcap]L[/dropcap]ucia Aratanha
Dance
Lucia is a performing artist and director with experience in the field of dance and theater. She began her career in her native Brazil, where she worked extensively with well- known choreographers and directors in dance, theater and film. In Miami, she became active in the arts community, applying her skills to provide directorial support for original works by artists such as Heather Maloney, Jose Manuel Dominguez, Elizabeth Doud and Jennylin Duany, Giovanni Luquini, and Gary Lund. Her own theatrical and choreographic work has been presented by Miami Light Project, The Arsht Center, and FUNDarte. Since its founding, Lucia has been a core team member at Inkub8, which is a laboratory studio for the contemporary and hybrid forms. Currently, she is a teaching artist for students with disabilities with Karen Peterson’s YEP Program, and with VSA Florida.

Lucia Aratanha is interested in the dynamics of cultural transplant, and the imprint of culture in the body.

BRAZIL / Most notable collaborations as choreographer and director: