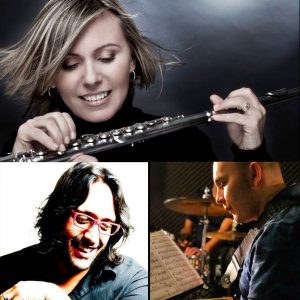 The Musicians joining Leo Quintero are Adolfo Herrera on drums, and Eduardo Espinoza on bass. The trio will feature the talented Venezuelan singer and flute player Angela Uzcategui as a special guest.

-“Leo Quintero is an accomplished Guitarist, composer, and producer, originally from Venezuela. He has played with many artists and collaborated in many recordings that have been winners and nominated by the Grammy awards.

He moved to Boston to study at the Berklee College of Music. At Berklee was awarded the “Laurindo Almeida” And “Barney Kessel” Awards for his contributions as student performer.

While living in Boston worked as a producer and instructor at “Bristol studios”. Then from 1991 to 1995 Took a Faculty position at Berklee as a guitar and ensemble teacher.

Currently residing in the multicultural City of Miami, Florida,

Leo has been involved in many Jazz projects and recordings such as the Jam Miami concert with Arturo Sandoval in which featured Chick Corea and many more jazz and Latin jazz musicians.” –
( leoquintero.com )