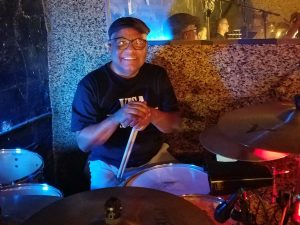 In 1995 the Velasquez Family made an album named “El Gallo Velasquez” paying tribute to great trumpeter Rafael Velasquez, performing music of some of the great Jazz players such as Miles Davis, Thelonious Monk, Beny Golson among others.

In 1997 Ivan toured with recognized Spanish singer Isabel Pantoja for 6 months around the world. In 1998 he won the Musician Of The Year Award. In 2004 he recorded with artist Willy Chirino album named “Son de Alma” and it was awarded a Grammy for best tropical album of the year.

Since 2003 he resides in Florida working on different projects. Since 2004 Ivan has been a full-time member of tropical music band Daiquiri. Ivan is a member of Jazzonian Foundation lead by virtuoso Cuban/American flutist Bobby Ramirez; which aims to spread Jazz across the south of Florida, performing in Schools, colleges, and festivals.