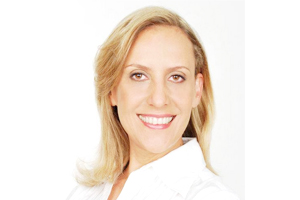 [/custom_frame_left]
[dropcap]I[/dropcap]ndira Leal
Acting/Public Speaking Workshop
Indira is a Venezuelan actress, director, producer and writer with extensive experience in Theater, TV and Film. She has received awards and nominations for her participation in more than 30 leading roles, including Nora in “Doll’s house”, Regina in “Ghost” and Hedda in “Hedda Gabbler” a play written by Henrik Ibsen, for which she was invited to the “Peer Gynt” festival. Indira has also been invited to take part in the documentary “Immortal Ibsen” by Erling Borgen, alongside Derek Jacobi and Liv Ullman.

Additionally, Indira has starred in several productions on different Venezuelan TV networks, portraying a wide range of characters. Notably, her work in soap operas “La Inolvidable” and “Cambio de Piel” have received critical acclaim. In 2007 she founded her own training school for casting which also provided actors and talent to a various agencies in Venezuela. Currently, she is the Executive & Artistic Director of the Venezuelan Art Festival (VAF), based in NYC, and Miami.