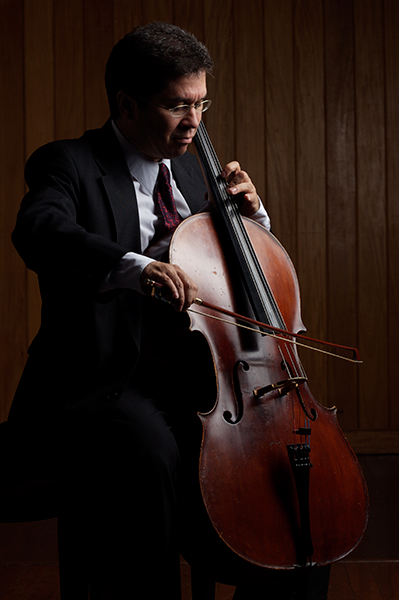 Germán Marcano currently excels among the most important cellists in the Latin American music scene. His performances have received the best acclaims from musicians and the specialized critic, and his chamber music work with the Rios Reyna Quartet, has stand out as one of the most important in the continent.

A student with Maestro Stefan Popov and of the renowned British pedagogue William Pleeth, Marcano obtained his Bachelor of Music Degree in year 1983, at the prestigious Surrey University, England, where he was prized for the year’s best graduation concert. In 1979, he received by unanimity of the jury, the “Year’s Best Young Musician Award” granted by the Reading Symphony Orchestra, England, subsequently being invited to perform as a soloist with them, in addition to performing in several concerts in some cities of the United Kingdom. In the following years, he has been regularly invited as a soloist with ensembles such as the Surrey University Symphony Orchestra, the Guildford Camerata and the Surrey Philharmonia.

In year 1985, Marcano completed his cello’s superior studies at the Guildhall School of Music, in London, obtaining the “Premier Prix”, being the first cellist ever awarded with such distinction at said institution. He has taken part in master courses with Maestros Franz Helmerson, Mstislav Rostropovich, Raquel Adonaylo, Lynn Harrel and Janos Starker. Back in Venezuela in year 1985, Marcano occupied the principal cello chair with the Simón Bolívar Symphonic Orchestra, doing numerous tours and records productions with them. Since then, he has been a regular invited soloist with Venezuela’s main orchestras, counting among these invitations playing at the first concert performance of the “Gran Mariscal de Ayacucho” Symphonic Orchestra and the first performance in Venezuela of Elgar’s cello concerto. He has developed an important teaching work at the Simón Bolívar Conservatory, the Emil Friedman School, with the Simón Bolívar University Music Master Studies, and the Mozarteum Center’s Music School.

As a founding member of the Rios Reyna Quartet, he engaged in several national and international tours, a recording of Latin American string quartets and two performances jointly with the legendary Amadeus Quartet playing Johannes Brahms’ String Sextets.

In 1997, he traveled to the United States to continue studies with Maestro Uri Vardi. During his stay in this country, Marcano won the audition for the Madison Symphony Orchestra’s principal cello position, in Wisconsin, in addition to carrying out various concerts in Madison and Milwaukee as a cellist and a conductor. In May of 2001, Marcano obtained the degree of “Doctor in Music Arts” granted by the University of Wisconsin-Madison, in the United States. Currently, his activities are split between his teaching (Simón Bolívar Conservatory, Emil Friedman School, Simón Bolívar University Music Master studies, and Mozarteum Center’s Music School) and playing, performing as a soloist with Venezuela’s main orchestras, as a member to the Camerata Criolla Ensemble, and conductor of the Simón Bolívar University Chamber Orchestra’s.

In the last years, Marcano has combined his instrument’s traditional repertoire with Latin American compositions of the past and present times, thus promoting this high quality but very little broadcasted repertoire. He has first auditioned works from renowned Venezuelan composers such as Modesta Bor and Inocente Carreño, as well as fist auditions in Venezuela from different Latin American composers as Leo Brower, Alfredo Rugeles, Juán Orrego Sálas, Alberto Ginastera and Calixto Álvarez. Recently, he performed for the first time with the Puerto Rican Symphony, the Concert for Cello and Orchestra of Puerto Rican composer Carlos Vázques, piece composed specially for Marcano. His catalog of Latin American works for cello was published in year 2004 by the Vicente Emilio Sojo Foundation (Funves), with whom ha has recently published an edition of the Suite for cello and piano by Venezuelan composer Modesta Bor. Last September Mr. Marcano released his first CD with his sister Clara, which includes works by Schumann, Beethoven, Debussy and others. A second CD, devoted to folk Venezuelan music, is already in the making. He was recently invited as a professor and lecturer to Grand Valley State University and Andrews University in Michigan. 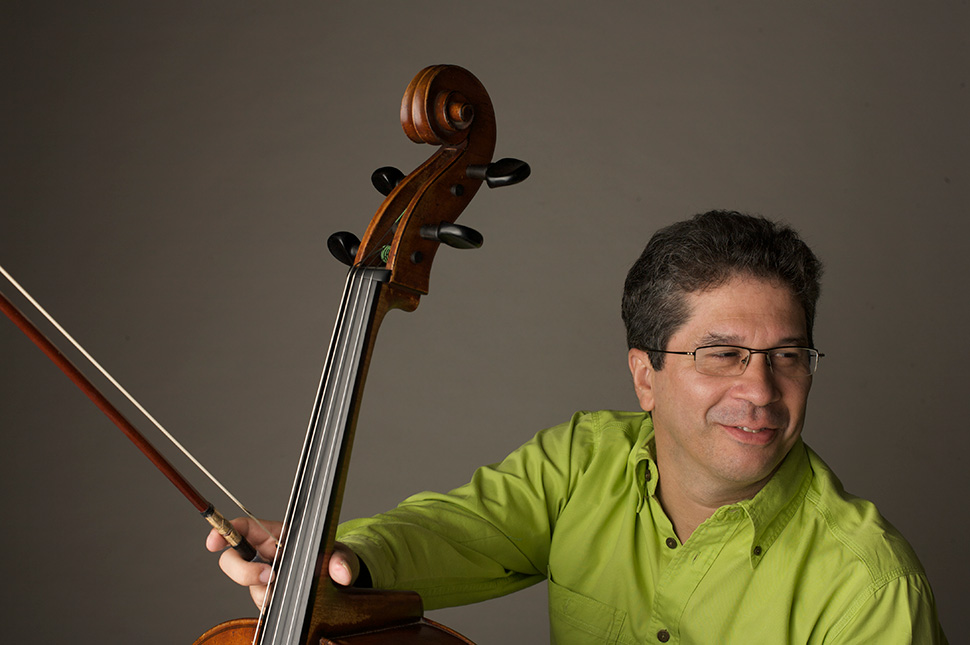 AS A PRODUCER / PERFORMER