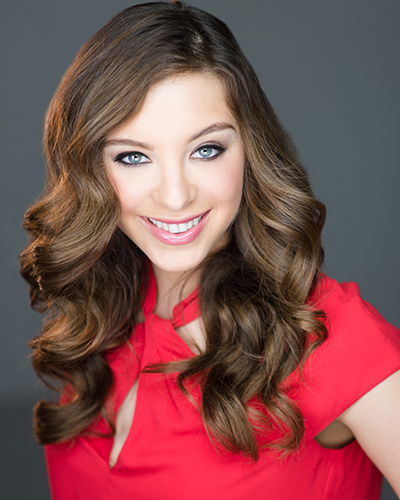 American Soprano, Allison Bernice Lonstein, consistently inspires her audiences with excitingly colorful and emotive singing. Noted as a big voiced lyric soprano in a small body, she is a young and passionate singer pursuing her career in operatic performance under the direction of vocal instructor, Manny Perez.

In July of 2014, Allison Bernice sang the lead role of Susanna in Mozart’s Le Nozze di Figaro in the Miami Summer Music Festival under the direction of Michael Rossi. In Viterbo, Italy Allison performed in the Tuscia Opera Festival as Lauretta, in Puccini’s Gianni Schicchi, opposite world reknowned buffo bass, Alfonso Antoniozzi, and she sang Genefieffa and the Zelatrice in Puccini’s Suor Angelica. Additionally, during the summer of 2013, Allison performed various art songs of Debussy and Strauss as a part of Michel Sénéchal’s L’art du Chant recital series in southwest France. In Miami, Allison Bernice is a private voice instructor and has performed in such venues as the Vizcaya Museum and the Trinity Episcopal Church as well as other private events in the city.

In May of 2014, Allison earned her Bachelors of Music with Honors from Mannes College The New School for Music in New York City, where she studied in the studios of Arthur Levy (teacher of Audra McDonald, Marin Mazzie, and Elizabeth Futral) and Anthony Manoli (Sandra Radvanovsky, Matthew Polenzani). At Mannes, she presented two solo recitals, performed in opera scenes concerts with Thomas Bagwell, and was a member of the apprentice division of Mannes Opera.