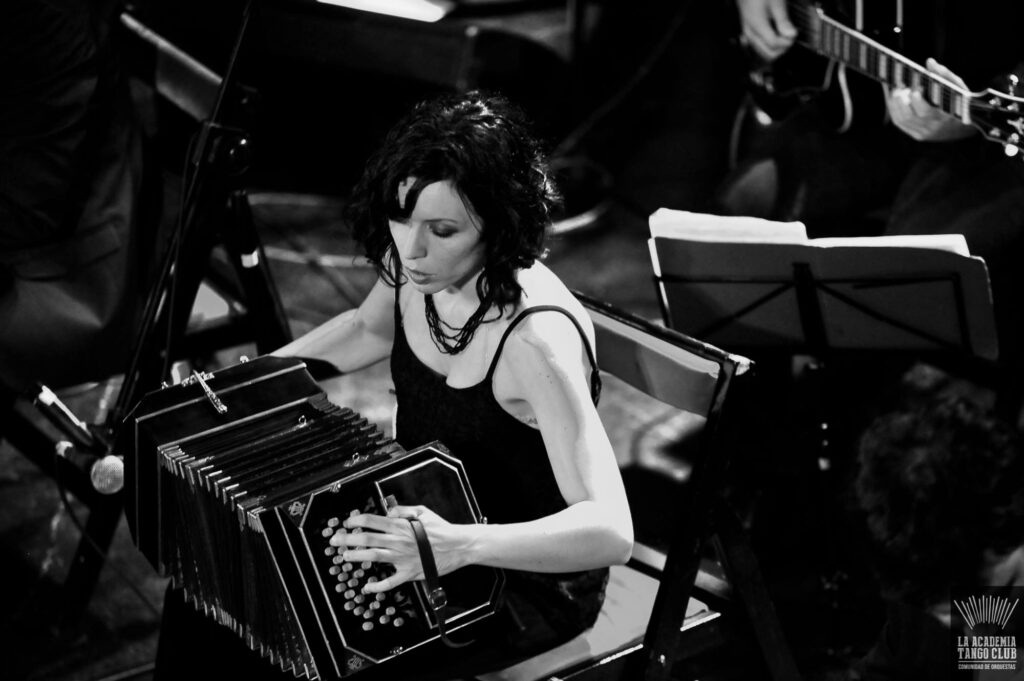 Laura Cadabon was born in Buenos Aires, Argentina and began her piano training at the age of 9 to later enter at the Conservatorio de Música “Gilardo Gilardi” where she completed her studies in piano with Maestra Elsa Carranza, obtaining the Professor of Piano degree.

As a pianist, she gave numerous recitals with singers in renowned auditoriums such as Teatro Argentino de La Plata, Teatro Coliseo Podestá, Auditorium of the Facultad de Bellas Artes UNLP, Iglesia San Jorge, among others. 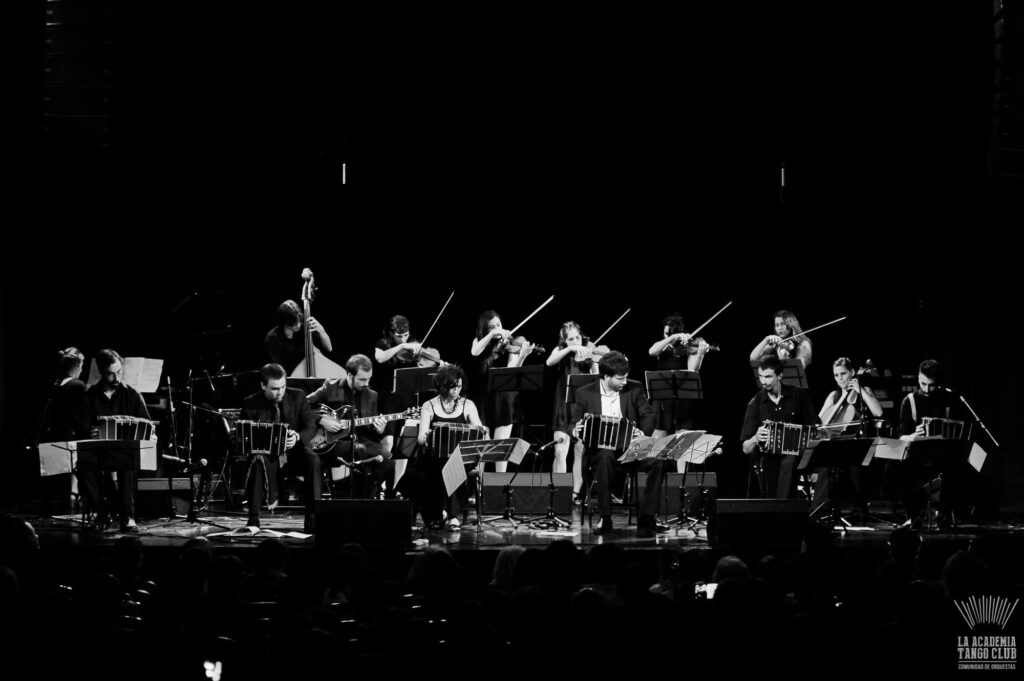 As a pianist, she gave numerous recitals with singers in renowned auditoriums such as Teatro Argentino de La Plata, Teatro Coliseo Podestá, Auditorium of the Facultad de Bellas Artes UNLP, Iglesia San Jorge, among others.

In 2013 she started teaching Piano at the Casa del Tango de La Plata and she participated as Internal Pianist of the Chair of Contemporary Dance of the Escuela Provincial de Danzas of La Plata.

In the course of her career as a pianist, she deepened her interest and training in the interpretation of Tango Music, which prompted her to study one of the emblematic instruments of the genre. In this way she began the study of the Bandoneon, which became another important instrument
of her professional work until today.

She formed with Maestro Rodolfo Mederos and she entered in 2015 as a member of the Academia Tango Club being part of one of its stable orchestras in the role of First Bandoneonist in the “Orquesta Típica Suburbana”.

Buenos Aires. In 2017, the Academia Tango Club made its first record work, a double album with the participation of all its orchestras and received the Recognition of “Declaration of Cultural Interest”, granted by the Legislature of the City of Buenos Aires.

In 2017 she formed the Tango Quintet “Luna & Fango”, with which she toured Belgium, Spain and Ecuador. In 2018 they made the record work entitled “Amalgama.” Laura Cadabon was chosen to be part of the “Summit Bandoneon Orchestra” at the XI World Summit of Tango in Melilla (Spain) and she was selected as a soloist for a concert with Aníbal Troilo’s original bandoneon, performing in the important Kutzal Theater of Melilla. She also participated in
the XI World Tango Summit as a member of the Luna & Fango Quintet. In 2019, she made her first tour to the USA as a guest bandoneonist, to perform concerts with maestro Aníbal Berraute, Mariana Quinteros and other renowned musicians, singers and dancers in Fort Myers and Miami.

She formed a tango duo with the guitarist Demián Alimenti Bel, and in 2019 they published their album entitled “Fané Tango”, which achieved the Declaration of Cultural Interest granted by the Honorable Cámara de Diputados de la Provincia de Buenos Aires. With this Duo they have performed concerts in numerous cities in Argentina and participated in the renowned Bahía Blanca Tango Festival.

From 2018 to the present, she continues her studies in Tango Music with Master Horacio Romo and the study of Arrangements and Technical Elements of Tango with Master Rodolfo Mederos. She carried out Workshops for improving Tango and its Technical and Interpretive Elements with Masters Víctor Lavallén, Juán Pablo Navarro, Esteban Falabella, among others.

Laura Cadabon currently resides in Florida (Usa) where she is developing several artistic projects in relation to Tango and Music Education.